Cartago is a province of Costa Rica. It is in the central part of the country. The provincial capital is the city of Cartago.

The Cartago province is a landlocked province (it does not border the ocean) and is bordered on the east and north by the Limón province and on the south and west by the San José province.

A person from the province is known as cartaginés (woman: cartaginesa).

Evolution of the population in Cartago 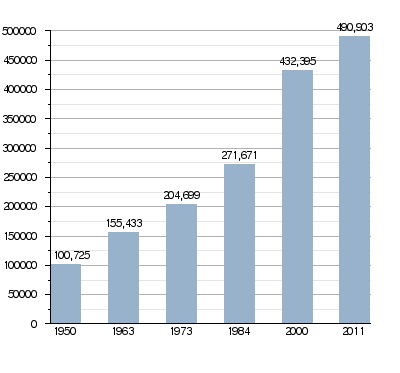 The Cartago province is divided in 8 cantons, which are divided into 47 Districts. 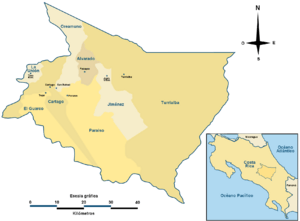 Cartago has attracted many export-orientated manufacturing companies, especially within the industrial zone, the largest in the country.

There are eight dams in the province to produce hydroelectricity.

All content from Kiddle encyclopedia articles (including the article images and facts) can be freely used under Attribution-ShareAlike license, unless stated otherwise. Cite this article:
Cartago Province Facts for Kids. Kiddle Encyclopedia.