The suburb of Cashmere rises above the southern end of the city of Christchurch in New Zealand’s South Island.

Cashmere is situated on the north side of the Port Hills, immediately above the southern terminus of Christchurch’s main street, Colombo Street. Five kilometres south of the city centre, a commanding view of the city can be had from Victoria Park, at the upper end of the suburb. Above Victoria Park is Sugarloaf, a 496 m peak, which is the location of the 119 m transmission tower for local radio and TV stations. 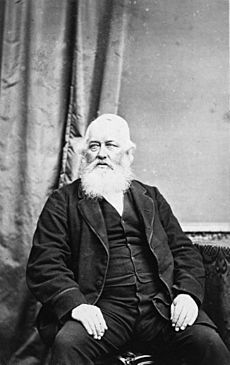 Cashmere takes its name from Sir John Cracroft Wilson's farm, which originally occupied the present suburb. Wilson was born in India and named his farm after Kashmir (Cashmere is an early British spelling of Kashmir). The house Wilson built for his Indian workers is today a function centre known as The Old Stone House (currently under repair after the Canterbury earthquakes).

Cashmere has a reputation as one of the country's more well-to-do and refined suburbs, and the 2006 census revealed there was generally a higher income concentration in the suburb. 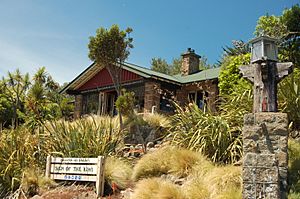 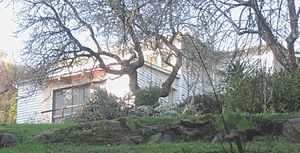 Schools include Cashmere Primary, Thorrington Primary and Cashmere High School. Princess Margaret Hospital, built in 1959, was once thought to become the main hospital of Christchurch, but it was too far from the central city.

All content from Kiddle encyclopedia articles (including the article images and facts) can be freely used under Attribution-ShareAlike license, unless stated otherwise. Cite this article:
Cashmere, New Zealand Facts for Kids. Kiddle Encyclopedia.