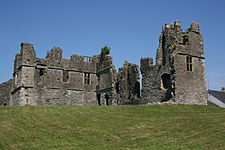 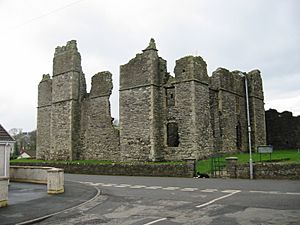 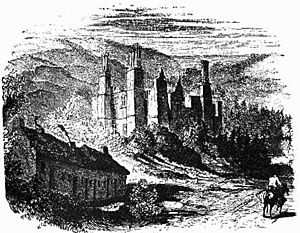 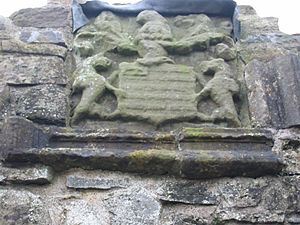 The house was built by Sir Toby Caulfeild between 1611 and 1619. He was granted 1000 acres during the Ulster Plantation. This land was previously owned by the O'Donnelly family, who were closely connected to the O'Neill clan in Dungannon. The O'Donnelly fort was a few miles West of the castle. The building was three storeys high with attics, a cellar, many large mullioned windows and tall chimneystacks. A joist from one of the walls was dated using dendrochronology to about 1282 and may belong to an earlier fort. There are substantial remains. The gatehouse was rebuilt at a later date, although one of the doorways may be reused. The Caulfeild arms appear over the entrance. Castle Caulfield was burned in the Irish Rebellion of 1641 but was repaired and reoccupied by the Caulfeilds until the 1660s. Oliver Plunkett is known to have held a service at the castle in 1670, but the castle was in ruins when John Wesley preached there in 1767.

Castle Caulfield, today a ruin, is a State Care Historic Monument in the townland of Lisnamonaghan, in Dungannon and South Tyrone Borough Council area, at grid reference H7550 6260.

All content from Kiddle encyclopedia articles (including the article images and facts) can be freely used under Attribution-ShareAlike license, unless stated otherwise. Cite this article:
Castle Caulfield Facts for Kids. Kiddle Encyclopedia.