Cecilia is a census-designated place (CDP) in St. Martin Parish, in the U.S. state of Louisiana. The community lies within the region of Acadiana, and the Lafayette metropolitan statistical area. It had a population of 1,505 at the 2000 U.S. census, estimated to have grown to 1,917 in 2019 at the American Community Survey's 5-year estimates.

According to the United States Census Bureau, the CDP has a total area of 1.7 square miles (4.4 km2), all of it land.

The unincorporated community of Cecilia was originally known by the Spanish as La Punta, describing a deep bend in Bayou Teche. This was translated by the French into La Grande Pointe, a name that was used by many people until modern times when it was then called Cecilia, named after the first postal clerk. The community began as a small service center of sorts for the many landowners in outlying areas. As more settlers populated the land along the northern Bayou Teche, the need grew for easier access to religious services, education, and trade. It was because of these basic needs that the community became more than a crossover on the bayou trail between Opelousas and St. Martinville, 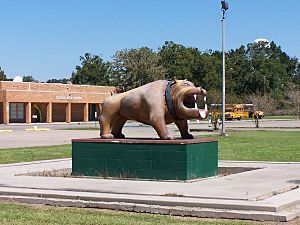 Both men apparently settled on lands that had been given to Declouet by a Spanish land grant dated May 16, 1772, that included some 2,600 acres (11 km2) of land.

Grover Rees I, in his history of Breaux Bridge, describes Guidry's land as "fronting 50 arpents on Bayou Teche and 50 arpents deep, for which he agreed to deliver in payment 100 bulls." Guidry married three times and fathered 20 children, many of whom remained in the area and established their own farms.

There was a chapel at La Grande Pointe sometime after 1874. Some sources say that it was named for St. Etienne, but that is not a certainty. In January 1889, Father Borias of Breaux Bridge wrote that "the chapel was originally located about midway between the Four Corners and Grand Anse area, but later was moved closer to what is now Cecilia." A church parish was created at Cecilia in 1890 and Rev. Augustin Blanc became first pastor. He would serve there for more than 38 years. St. Rose of Lima Church was established there for the African American congregation in 1944.

During the Civil War, the settlement was also known as La Place. This name was dropped when postal authorities began to confuse it with the LaPlace in St. John the Baptist Parish.

There are several stories about how the place was named Cecilia, the most accepted being that it was named for Cecilia Lastrappes, the first postmistress there.

Cecilia is the birthplace of several Louisiana political figures: state Representative and House Speaker Robert Joseph "Bob" Angelle (1896–1979), former Secretary of State of Louisiana and Lieutenant Governor Paul J. Hardy (born 1942), and former state Representatives J. Burton Angelle and Jesse J. Guidry, who became secretary of the Louisiana Department of Wildlife and Fisheries; Angelle from 1972 to 1980 and 1984 to 1988 and Guidry from 1981 to 1984. Former National Football League player Ramsey Dardar was also born in Cecilia.

Cecilia is the burial site of Louis Hebert, a Confederate general. On April 19, 1964, dedication ceremonies were held in a grove of live oaks on the banks of Bayou Teche about three miles (5 km) from Cecilia on Highway 328 to mark Hebert's grave. The marker reads as follows: "Approximately 100 yards (91 m) to the west is the probable resting place of General Louis Hebert, C. S. A. Born in Iberville Parish in 1820, Hebert graduated from West Point in 1845 third in his class. After an army service of two years, he resigned to manage his family's sugar interests. Before the war he was a member of the State Senate and Chief Engineer of Louisiana. He fought at Wilson's Creek, Elkhorn, Corinth, Vicksburg, and Port Fisher. He was an editor and teacher in Iberville and St. Martin parishes and lived until 1901." (General Hebert taught at Huron Plantation near Cecilia and tutored children of Vincent Barras in St. Martinville.) 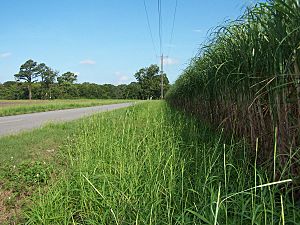 Spread throughout the total area of Cecilia, there were 471 family households, 116 other family households, and 229 non-family households. Approximately 27 households were male with no spouse present, and 89 female with no spouse present. Of the 825 housing units in the community, 700 were occupied; 467 were 1-unit detached homes, and 358 were mobile homes. An estimated 24.1% were renter-occupied, and 75.9% were owner-occupied units. The average household size of owner-occupied units was 2.95, and renter-occupied units had an average of 2.08 people. Home-owners had a median mortgage of $1,078 versus $344 without a mortgage; the median gross rent was $830. The median income for a household in 2019 was $49,063, and males had a median income of $52,439 versus $25,987 for females. About 18.3% of the CDP's population lived at or below the poverty line, down from 31.4% at the 2000 United States census.

All content from Kiddle encyclopedia articles (including the article images and facts) can be freely used under Attribution-ShareAlike license, unless stated otherwise. Cite this article:
Cecilia, Louisiana Facts for Kids. Kiddle Encyclopedia.