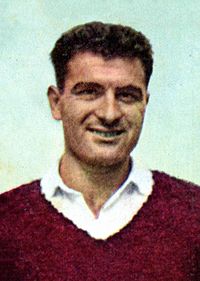 Maestri began climbing in the Dolomites. He was known as the "Spider of the Dolomites". He became an alpine guide in 1952.

He also climbed the Civetta, the Solda-Conforto Route on the Marmolada, and the southwest ridge of the Matterhorn in winter.

All content from Kiddle encyclopedia articles (including the article images and facts) can be freely used under Attribution-ShareAlike license, unless stated otherwise. Cite this article:
Cesare Maestri Facts for Kids. Kiddle Encyclopedia.