Charles Harold St. John Hamilton (8 August 1876 – 24 December 1961) was an English writer, specialising in writing long-running series of stories for weekly magazines about recurrent casts of characters, his most frequent and famous genre being boys' public school stories, though he also dealt with other genres. He used a variety of pen-names, generally using a different name for each set of characters he wrote about, the most famous being Frank Richards for the Greyfriars School stories (featuring Billy Bunter). Other important pen-names included Martin Clifford (for St Jim's), Owen Conquest (for Rookwood) and Ralph Redway (for The Rio Kid). He also wrote hundreds of stories under his real name such as the Ken King stories for The Modern Boy.

He is estimated to have written about 100 million words in his lifetime (Lofts & Adley 1970, p. 170) and has featured in the Guinness Book of Records as the world's most prolific author. Vast amounts of his output are available on the Friardale website.

Hamilton was born in Ealing, London to a family of eight children. His parents were Mary Ann Hannah (née Trinder - born 1847) (Lofts & Adley 1975, pp. 16) and John Hamilton (1839-1884), a Master Carpenter. Charles Hamilton was privately educated at Thorn House School in Ealing, where he learned Classical Greek among other subjects. He embarked on a career as a writer of fiction, having his first story accepted almost immediately. According to W.O.G. Lofts (Collectors Digest, no. 239, 1966, p. 30) it appeared in 1895.

Over the following years he was to establish himself as the main writer with the publisher Trapps Holmes, providing several thousand stories on a range of subjects including police, detectives, firemen, Westerns as well as school stories. In 1906 he started to write for the Amalgamated Press and although he continued to have stories published for Trapps Holmes until 1915 (many of which were reprints), his allegiance was gradually to move (Lofts & Adley 1975, pp. 25–42). 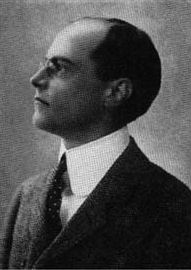 Amalgamated Press started a new story paper for boys called The Gem in 1907 and by issue number 11 it had established a format – the major content was to be a story about St Jim's school, starring Tom Merry as the main character and written by Charles Hamilton under the pen name of Martin Clifford. This paper rapidly established itself and anxious to capitalize on its success, a similar venture was launched in 1908. This was to be known as The Magnet, the subject matter was a school called Greyfriars and Hamilton was again to be the author, this time using the name Frank Richards (Lofts & Adley 1975, pp. 43–51).

In 1915, Hamilton started a third school for Amalgamated Press, Rookwood, this time under the name Owen Conquest and featuring a leading character called Jimmy Silver. These appeared as part of the Boys' Friend Weekly publication and were shorter than the Greyfriars and St Jim's stories (Lofts & Adley 1975, pp. 52–55).

These three schools were to absorb most of Hamilton's efforts over the next three decades and constitute the work for which he is best remembered. In the early days of this period, the St Jim's stories were more involved and more popular. The Greyfriars stories however, evolved gradually over the early years of The Magnet, eventually becoming Hamilton's main priority. His 'golden period' is generally regarded as c.1925-c.1935. In all he provided stories for 82% of the issues of The Magnet compared with two-thirds of the issues of The Gem. If a Hamilton story was not available, the story was provided by another author but still using the Clifford or Richards name (Lofts & Adley 1975, pp. 52–72).

By the late 1930s the circulation for both The Gem and The Magnet had declined, partly because of competition by publications by D.C. Thomson. In December 1939 The Gem was cancelled in the traditional manner of British comics by being merged with another paper, the Triumph. There is reason to believe that the same fate would have overtaken The Magnet in the summer of 1940, but in the event a sudden shortage of paper, caused by the progress of the war, led to its ceasing publication abruptly and without notice in May of that year. The final issue contained the opening story of a new series.

Following the closure of The Magnet in 1940, Hamilton had little work, but he became known as the author of the stories following a newspaper interview he gave to the London Evening Standard. He was not able to continue the Greyfriars saga as Amalgamated Press held the copyright and would not release it.

In the event he was obliged to create new schools such as Carcroft and Sparshott, as well as trying the romance genre under the name of Winston Cardew. By 1946, however, he had received permission to write Greyfriars stories again, and obtained a contract from publishers Charles Skilton for a hardback series, the first volume of which, Billy Bunter of Greyfriars School, was published in September 1947. The series was to continue for the rest of his life, the publisher later changing to Cassells. In addition, he wrote further St Jim's, Rookwood and Cliff House stories, as well as the television scripts for seven series of Billy Bunter stories for the BBC.(Lofts & Adley 1975, pp. 146–151) 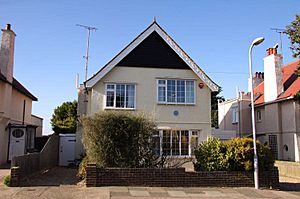 Hamilton never married, but some details of one romance are provided in a biography, and another is briefly mentioned in his autobiography. Early in the 20th century, he was briefly engaged to a lady called Agnes, and later he formed a brief attachment to an American lady whom he alluded to as Miss New York.

His life interests were writing stories, studying Latin, Greek, and modern languages, chess, music, and gambling, especially at Monte Carlo. The Roman poet Horace was a particular favourite. He travelled widely in Europe in his youth, and only left England after 1926 to France, living in a small house called Rose Lawn, at Kingsgate, a hamlet in St Peter parish, now part of Broadstairs, Kent, looked after by his housekeeper, Miss Edith Hood. She continued to reside in Rose Lawn following his death in 1961.

While Hamilton was reclusive in later years, he had a prolific letter correspondence with his readers. He generally wore a skull cap to conceal his hair loss and sometimes smoked a pipe.

He had a close relationship with his sister Una, and her daughter, his niece, Una Hamilton Wright, who produced her own biography of Hamilton in 2006 (Hamilton Wright & McCall 2006). He also got along very well with Percy Harrison his brother-in-law, and the husband of his sister Una.

Portraits of Hamilton were painted by the artist Norman Kadish.

It has been estimated by researchers Lofts and Adley that Hamilton wrote around 100 million words or the equivalent of 1,200 average length novels, making him the most prolific author in history. He is known to have created over 100 schools as well as writing many non-school stories. More than 5,000 of his stories have been identified, of which 3,100 were reprinted.

At least 25 pen-names have been identified as having been used by Hamilton. These are listed below.

Hamilton employed a lightly ironic voice, often studded with humorous classical references which had the effect of making the stories both accessible and erudite. In this respect, he has been compared to P. G. Wodehouse, who emerged from a similar period and was also a prolific author in a light-hearted genre (Cadogan 1988, p. 56). His extraordinary output has been suggested as arising from a very fluent style that came naturally to him and, in turn made the stories very readable (Cadogan 1988, p. 1), while at the same time being somewhat wordy.

Much of his popularity derives from his ability to allow the reader to participate vicariously in the ongoing adventure. As with many later children's writers, the stories centred on a small core group of characters who form a close knit unit – at St Jim's there was the Terrible Three, at Rookwood the Fistical Four and at Greyfriars, The Famous Five. Such groups, while being closed to other pupils, are implicitly open to readers who are subliminally invited to include themselves amongst their number, thereby establishing their involvement with the story.

A moral message is also included within the stories. The texts are supportive of honesty, generosity, respect and discipline while being strongly against smoking and gambling, notwithstanding Hamilton's own predilections. There is also a strong anti-racism message, demonstrated by introducing an Indian schoolboy, Hurree Singh, into the core group of the Famous Five in 1908, and by subsequently introducing a Jewish schoolboy, Monty Newland, as an admirable and respected member of the Remove (the main form featured in the stories). Both are seen as personifying 'British' values of honesty and sportsmanship, and were extremely popular characters with readers. It is important to note, however, that when Hamilton writes about Africa his stories are marked by racist language and stereotypes (Sell 2000).

Charles Hamilton was a keen gambler and a frequent visitor to continental casinos before the First World War. Although his stories always had a strong anti-gambling message, such conduct being described as 'sweepy' or 'shady' Hamilton often introduced gambling as a storyline, and showed how compulsive it was, whether on horse racing or casinos.

The moral message throughout is subtly tempered through comic characters, of whom Billy Bunter is the most famous. Bunter is the antithesis of everything the stories value, being lazy, greedy, dishonest and self-centred. His presence though is tolerated because of his extreme incompetence and (usually) an absence of outright malice. His absurd interventions deflate the high seriousness that the authority figures seek to impose, and frequently reduce their efforts to farce. The moral message is also conveyed through non-comic characters.

The public school setting offered an opportunity to create a world where adult presence was spread thinly, thereby giving the juvenile characters a chance to achieve something akin to independence. In such circumstances adventures could be developed which were beyond the experience of the readership, a formula that others were to exploit with much popular success, albeit sometimes with less artistic ability and originality.

During the 1910s Hamilton's input dropped during his frequent trips to the Continent to visit the gambling tables of Monte Carlo, and for about 20 years nearly 35 other authors wrote stories for publication under the pen names 'Martin Clifford' and 'Frank Richards'; these included Edwy Searles Brooks (1889-1965), Hedley Percival Angelo O'Mant (1899-1955), William Edward Stanton Hope (1889-1961), Julius Herman (1894-1955) John Nix Pentelow (1872-1931) and George Richmond Samways (1895-1996), the latter writing nearly 100 Greyfriars stories among others. Hamilton disparagingly referred to this pool of substitute writers as "The Menagerie". The last substitute-written story appeared in The Magnet in 1931; all subsequent stories were solely written by Hamilton.

All content from Kiddle encyclopedia articles (including the article images and facts) can be freely used under Attribution-ShareAlike license, unless stated otherwise. Cite this article:
Charles Hamilton (writer) Facts for Kids. Kiddle Encyclopedia.