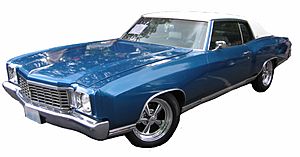 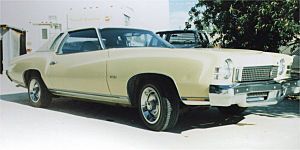 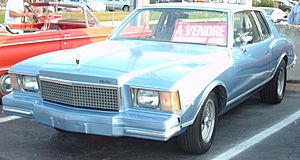 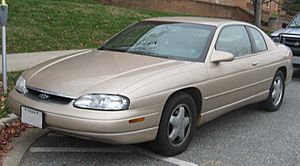 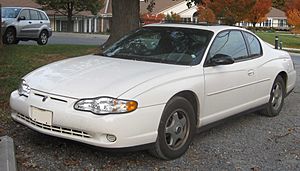 Chevrolet Monte Carlo was a car produced by Chevrolet from 1970 through 1988 and 1995 through 2007. Beginning with the fifth generation the Monte Carlo became the replacement for the Lumina coupé, when the Lumina was discontinued GM opted for a new look which gave the car its own unique look. The car was later refreshed and made to look like a coupé version of the 2006 Impala. The model was discontinued in 2007, Chevrolet Camaro replaced the car as Chevrolet's entry level coupé. However, GM has stated the possibility of a future Monte Carlo.

All content from Kiddle encyclopedia articles (including the article images and facts) can be freely used under Attribution-ShareAlike license, unless stated otherwise. Cite this article:
Chevrolet Monte Carlo Facts for Kids. Kiddle Encyclopedia.