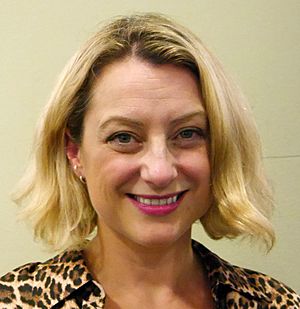 Born in Stevenage, she left school at the age of 16 and after volunteering for a year at Scope (then the Spastics Society) went into nursing. She trained at Great Ormond Street Hospital.

Watson worked for approximately 20 years as a nurse, but retired to concentrate on writing after a period of combining the two professions.

She won the Malcolm Bradbury Bursary, which enabled her to take an MA in creative writing at the University of East Anglia, from where she graduated in 2009.

Her second novel, Where Women Are Kings (2014), also won critical praise and has been widely translated.

In 2018 she published a memoir, The Language of Kindness: A Nurse's Story, which was broadcast as the "Book of the Week" on BBC Radio 4 in May 2018. It was named as a Book of the Year in 2018 by The Guardian, Sunday Times, The Daily Telegraph, The Times, New Statesman, Netgalley and Reading Agency.

Watson lives in London with her two children. She met her paediatrician partner when they were both working at St Mary's Hospital in west London.

All content from Kiddle encyclopedia articles (including the article images and facts) can be freely used under Attribution-ShareAlike license, unless stated otherwise. Cite this article:
Christie Watson Facts for Kids. Kiddle Encyclopedia.