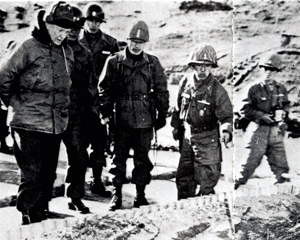 In this Korean name, the family name is Chung.

Chung Il-kwon(Korean: 정일권; hanja: 丁一權, November 21, 1917 - January 17, 1994) was a South Korean politician and military general. He was one of the South Korean army commanders during the Korean War.

All content from Kiddle encyclopedia articles (including the article images and facts) can be freely used under Attribution-ShareAlike license, unless stated otherwise. Cite this article:
Chung Il-Kwon Facts for Kids. Kiddle Encyclopedia.