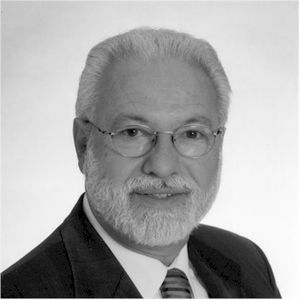 Ciro Carlos Araujo de Quadros (January 30, 1940 – May 28, 2014) was a Brazilian leader in the field of Public Health, in particular, the area of vaccines and preventable diseases. He was born in Rio Pardo, Brazil.

De Quadros played a critical role in developing the strategies now used worldwide in the eradication of polio.

He led the team which eradicated polio from the Americas. He received a Medical Doctor degree from the Federal University for Health Sciences (UFCSPA), Porto Alegre, Brazil, 1966, and a M.P.H. degree from the National School of Public Health, Rio de Janeiro, Brazil, 1968.

In 2003, de Quadros joined the Sabin Vaccine Institute, a non-profit organization honoring the legacy of Albert Sabin, developer of the oral polio vaccine.

de Quadros is instrumental in the Institute's international immunization advocacy programs, where he works on issues such as the introduction of new vaccines, e.g. rotavirus, rubella, human papilloma virus, pneumococcal and others, and on issues related to the sustainability of national immunization programs.

He is also on the faculty at Johns Hopkins School of Hygiene and Public Health and the School of Medicine of the George Washington University.

All content from Kiddle encyclopedia articles (including the article images and facts) can be freely used under Attribution-ShareAlike license, unless stated otherwise. Cite this article:
Ciro de Quadros Facts for Kids. Kiddle Encyclopedia.