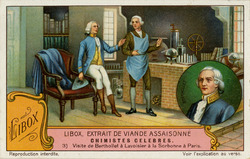 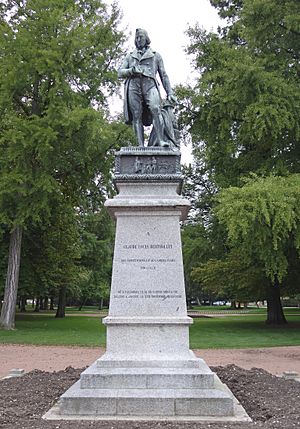 Claude Louis Berthollet (9 December 1748 in Talloires, France – 6 November 1822 in Arcueil, France) was a Savoyard-French chemist who became vice president of the French Senate in 1804. He is known for his scientific contributions to theory of chemical equilibria via the mechanism of reverse chemical reactions, and for his contribution to modern chemical nomenclature. On a practical basis, Berthollet was the first to demonstrate the bleaching action of chlorine gas, and was first to develop a solution of sodium hypochlorite as a modern bleaching agent.

All content from Kiddle encyclopedia articles (including the article images and facts) can be freely used under Attribution-ShareAlike license, unless stated otherwise. Cite this article:
Claude Louis Berthollet Facts for Kids. Kiddle Encyclopedia.