Founded in 1916, the Columbia County Historical Society and CCHS Museum & Library collects, preserves, interprets, and presents the history, heritage, and culture of Columbia County, New York, and serves residents of all eighteen Columbia County towns and the city of Hudson.

The Columbia County Historical Society owns and maintains four historic properties including a museum & library at its headquarters located in the village of Kinderhook, New York at the corner of Broad Street and Albany Avenue. It also publishes a biannual magazine, Columbia County History & Heritage. 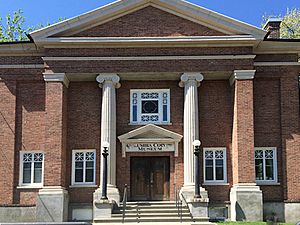 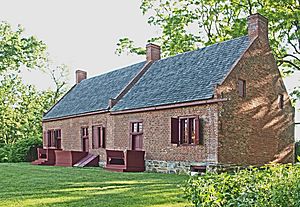 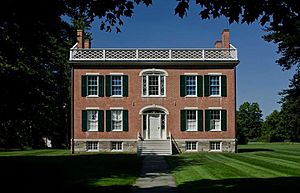 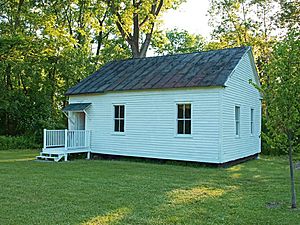 The CCHS Museum & Library building was constructed in 1915 by the Kinderhook Chapter of the Royal Arch Masons as their temple. During the 1970s the building was sold to the local chapter of the Elks Club as their Kinderhook Lodge. The Elks moved to their present location on NY-9H in Kinderhook during the late 1980s and the building was sold again to the CCHS, who reinvented the structure as their headquarters, with the CCHS Research Library on the main floor along with a small gallery, manuscript storage and offices; and large gallery space on the second floor with executive offices and collections storage.

The Columbia County Historical Society is the largest historic organization in Columbia County, New York and is one of the largest in the Hudson Valley | Capital District region, as well as a cultural anchor in the county. CCHS presents exhibitions, public and educational programming, and offers a research library open to the public with regular hours. The CCHS holds an extensive collection of NYS historical artifacts, portraits and works of art—primarily of the Hudson Valley—and other materials documenting the history of Columbia County and New York State. It presents exhibitions on a variety of topics related to the history, heritage and culture of Columbia County, such as early Dutch Settlers, Native American and African-American settlers, Hudson River School painters, Hudson Valley portraiture, New York-made furniture, Columbia County historical costumes and textiles, and local history events.

Each year, the Historical Society provides tours of the Ichabod Crane Schoolhouse and Luykas Van Alen House to fourth graders throughout Columbia County, and also offers several curriculum-based school programs and teacher resources, and organizes ongoing lecture series and events for adults to foster a deep appreciation of New York and Columbia County history and culture.

All content from Kiddle encyclopedia articles (including the article images and facts) can be freely used under Attribution-ShareAlike license, unless stated otherwise. Cite this article:
Columbia County Historical Society Facts for Kids. Kiddle Encyclopedia.