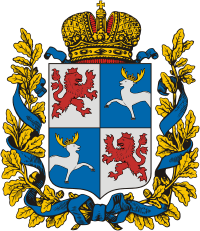 Coat of Arms of Governorate 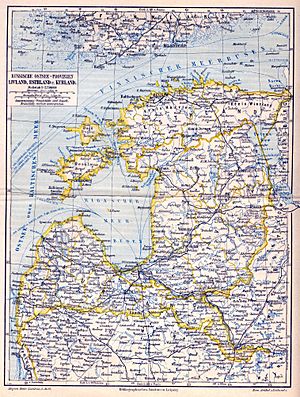 Courland Governorate was one of provinces or governorates of the Russian Empire. It was formed in 1795 during the Third Partition out of territory of Duchy of Courland and Semigallia.

The governorate ended in 1915 when the German Empire conquered it. Russia surrendered the governorate during the Treaty of Brest-Litovsk on March 3, 1918.

All content from Kiddle encyclopedia articles (including the article images and facts) can be freely used under Attribution-ShareAlike license, unless stated otherwise. Cite this article:
Courland Governorate Facts for Kids. Kiddle Encyclopedia.