A cousin is a term in genealogy. It is not a direct ancestor or descendant, but is a relative who shares a common ancestor. The word 'cousin' is often used to mean a person's first cousin – the child of someone's aunt or uncle. 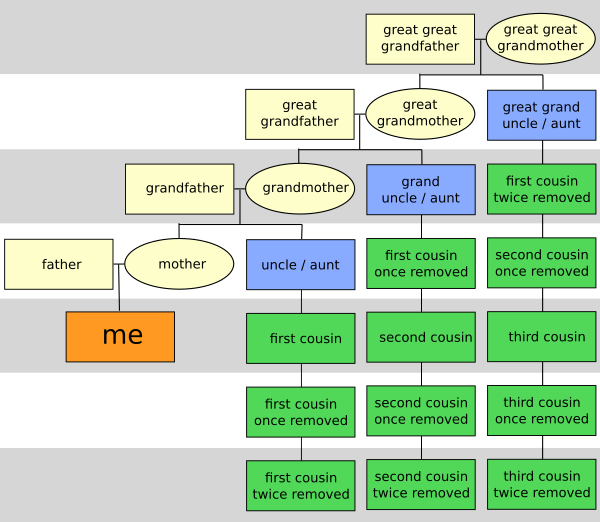 A family tree showing how each person is related to the orange person.

Cousin relationships can have degree and removal (e.g. a second cousin once removed is a cousin with a degree of two and a removal of one).

All content from Kiddle encyclopedia articles (including the article images and facts) can be freely used under Attribution-ShareAlike license, unless stated otherwise. Cite this article:
Cousin Facts for Kids. Kiddle Encyclopedia.