The Crozer Theological Seminary was a multi-denominational seminary located in Upland, Pennsylvania. The school succeeded a Normal School established at the site in 1858 by the wealthy textile manufacturer John Price Crozer. The Old Main building was used as a hospital during the American Civil War. The seminary served as an American Baptist Church school, training seminarians for entry into the Baptist ministry from 1869 to 1970.

Martin Luther King Jr. was a student at Crozer Theological Seminary from 1948 to 1951, graduating with a Bachelor of Divinity degree.

In 1970, the seminary merged with the Rochester Theological Seminary, forming the Colgate Rochester Crozer Divinity School in Rochester, New York and the Old Main building was subsequently used as office space by Crozer Hospital (now part of the Crozer-Chester Medical Center.) The Old Main building is a three-story, "F"-shaped, stucco coated stone building with three pavilions connected by a corridor with flanking rooms. Each of the pavilions is topped by a gable roof and cupola, the largest cupola being on the central pavilion. The seminary's grounds are now the Crozer Arboretum.

The Old Main building was listed on the National Register of Historic Places in 1973. 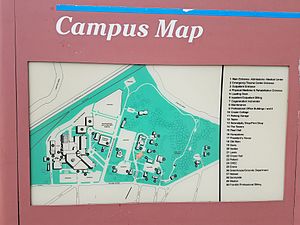 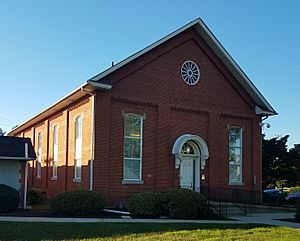 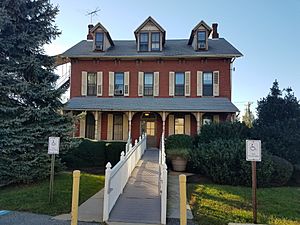 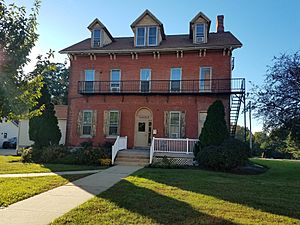 The Seminary began as the Normal School of Upland, established and built by wealthy textile manufacturer John Price Crozer. After the outbreak of the American Civil War, the school was closed.

Crozer allowed the Union army to use the building as a hospital during the Civil War. The hospital contained a thousand beds and accommodated 300 nurses, attendants and guards. The patients were almost exclusively Union soldiers except for after the battle of Gettysburg, in July 1863, when the number of wounded and sick Confederate army soldiers left on the battlefield required their acceptance at the hospital. During the war, more than 6,000 patients were treated. Many of the dead from the hospital were some of the first burials at nearby Chester Rural Cemetery.

After the war, the building was repossessed by Crozer and subsequently sold to Colonel Theodore Hyatt for usage as the Pennsylvania Military Academy until 1868.

After Crozer's death in 1866, his family converted the school to the Crozer Theological Seminary in his honor. His son recruited faculty for the new mission.

The multi-acre campus contains the Crozer Arboretum and the following buildings: 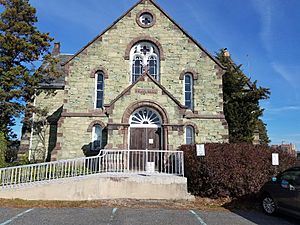 Pearl Hall is a serpentine stone library on the campus which opened on June 4, 1871. The building was sponsored by William Bucknell, the benefactor of Bucknell University, in memory of his late wife Margaret Crozer, the daughter of John Price Crozer. In addition to the $30,000 cost of the building, Bucknell also gave $25,000 for the cost of books and $10,000 for an endowment fund.

All content from Kiddle encyclopedia articles (including the article images and facts) can be freely used under Attribution-ShareAlike license, unless stated otherwise. Cite this article:
Crozer Theological Seminary Facts for Kids. Kiddle Encyclopedia.