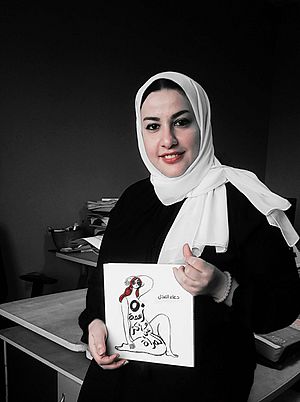 Doaa el-Adl (Arabic: دعاء العدل) is an Egyptian cartoonist. She was named one of the 100 most "inspirational and influential women" in the 2016 BBC 100 Women initiative.

All content from Kiddle encyclopedia articles (including the article images and facts) can be freely used under Attribution-ShareAlike license, unless stated otherwise. Cite this article:
Doaa el-Adl Facts for Kids. Kiddle Encyclopedia.