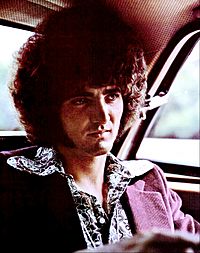 Donald George Brewer (born September 3, 1948) is an American drummer. He is best known as the drummer, co-lead vocalist and only constant member of rock band Grand Funk Railroad. Other bands he was a member of are Terry Knight and the Pack and Bob Seger's Silver Bullet Band.

Brewer was born in Flint, Michigan. He is married to Sunny Quinn. The couple have two children.

All content from Kiddle encyclopedia articles (including the article images and facts) can be freely used under Attribution-ShareAlike license, unless stated otherwise. Cite this article:
Don Brewer Facts for Kids. Kiddle Encyclopedia.