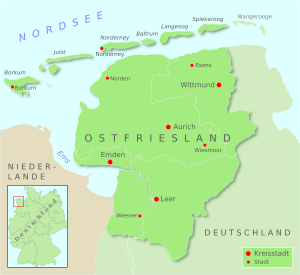 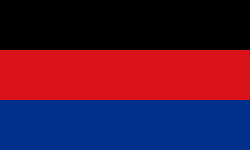 East Frisia is a region in Lower Saxony, Germany. In German it is called Ostfriesland. The area is near the coast, and also includes some of the East Frisian Islands. It is one of the regions where Low German is still widely spoken. About half of the population still speak Low German in everyday life.

All content from Kiddle encyclopedia articles (including the article images and facts) can be freely used under Attribution-ShareAlike license, unless stated otherwise. Cite this article:
East Frisia Facts for Kids. Kiddle Encyclopedia.