Kids Encyclopedia Facts
This page is about the restaurant chain. For other uses, see El Torito (disambiguation). 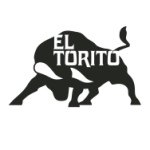 Founded in 1954, El Torito claims to be "a pioneer in the California full service Mexican casual dining restaurant segment."

El Torito was founded by Larry J. Cano, who gives the restaurant credit for popularizing the margarita in the United States. Cano served several tours in Europe and in Korea, got a business degree and worked as a bartender. When the bar's owner died, the widow asked Cano if he wanted it.

The bar itself Cano felt was popular with veterans but had a limited lifespan. He brought his own Mexican cooking to the bar and it became the first El Torito, named - theoretically - based on the large clay bowl with a bull painted on it. Cano hired local Mexican cooks, such as Ignacio Segura who eventually became the VP of Operations during the 1980s, and asked them to cook genuine Mexican food, inspired by Texas vacations the Segura family would take in Houston. The original queso fundido recipe was Rosa-Maria Segura's recipe. Ignacio's management career was followed by his best friend, who now owns a Mexican restaurant in Rancho Santa Margarita, Ca. Ignacio, or more affectionately known as "Nacho", is retired in Orange County, Ca. He also managed Acapulco restaurants and was previously GM of Ritz Carlton in Acapulco prior to his employment with El Torito. For a period of time, the financially strapped Cano was evicted from his home and lived in the restaurant.

Within three years the restaurant became successful, and Cano opened additional locations. By 1976 he had 20 locations, and sold the business to W. R. Grace and Company for about $20 million. They hired Cano as the President with a directive for rapid expansion.

Grace sold its restaurants in a leveraged buyout in 1986. The resulting firm, Restaurant Enterprises Group (REG), filed for bankruptcy in 1993. REG was acquired out of bankruptcy in 1994 by Foodmaker, who renamed itself Family Restaurants, then Koo Koo Roo Enterprises, then Prandium. In 2000, Acapulco bought El Torito from Prandium. Acapulco renamed its parent company to Real Mex Restaurants in 2004 and moved the headquarters to Cypress, California.

On October 3, 2011, Real Mex Restaurants filed for Chapter 11 bankruptcy and announced that it was putting itself up for sale, citing the poor economy as a reason. No plans were announced to close restaurants or layoff staff. It was acquired by a group of its noteholders in a bankruptcy auction in 2012.

All content from Kiddle encyclopedia articles (including the article images and facts) can be freely used under Attribution-ShareAlike license, unless stated otherwise. Cite this article:
El Torito Facts for Kids. Kiddle Encyclopedia.