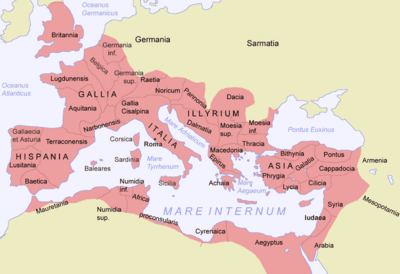 An empire is a set of lands or regions that are ruled by an emperor. Usually the emperor will have governors, viceroys or client kings who each rule one land or region. An empire will usually also have many different cultures.

Today, the only monarch to use the title "emperor" is the Emperor of Japan, although his power is mostly ceremonial and the de facto head of government is the Prime-Minister of Japan.

The British Empire was the largest land empire in history.

All content from Kiddle encyclopedia articles (including the article images and facts) can be freely used under Attribution-ShareAlike license, unless stated otherwise. Cite this article:
Empire Facts for Kids. Kiddle Encyclopedia.