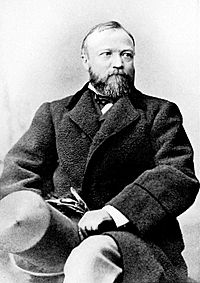 An entrepreneur is a person who organizes a venture to benefit from an opportunity, rather than working as an employee. Entrepreneurs play a key role in any economy. These are the people who have the skills and initiative necessary to anticipate current and future needs and bring good new ideas to market.

Entrepreneurs who prove to be successful in taking on the risks of a startup are rewarded with profits, fame and continued growth opportunities. Those who fail suffer losses and become less important in the markets. Many fail, lose money, and close the business. The entrepreneur assumes all the risks and rewards of the venture and is usually the sole proprietary, a partner or the owner of the majority of shares in an incorporated venture. As the main decision maker the entrepreneur monitors and controls the business activities.

According to Joseph Alois Schumpeter (1883 - 1950) entrepreneurs regard profit as a standard for measuring achievement or success and discovered that they:

Entrepreneurship is sometimes categorized among the factors of production, along with land/natural resources, labor and capital. An entrepreneur combines these to manufacture goods or provide services. He or she typically creates a business plan, hires labor, acquires resources and financing, and provides leadership and management for the business.

Entrepreneurs commonly face many obstacles when building their companies.

Given the riskiness of a new venture, the acquisition of capital funding is particularly challenging, and many entrepreneurs deal with it via bootstrapping.

While some entrepreneurs are lone players struggling to get small businesses off the ground on a shoestring, others take on partners armed with greater access to capital and other resources.

They assumed that perfect information would be known to fully rational actors, leaving no room for risk-taking or discovery. It wasn't until the middle of the 20th century that economists seriously attempted to incorporate entrepreneurship into their models.

All content from Kiddle encyclopedia articles (including the article images and facts) can be freely used under Attribution-ShareAlike license, unless stated otherwise. Cite this article:
Entrepreneur Facts for Kids. Kiddle Encyclopedia.