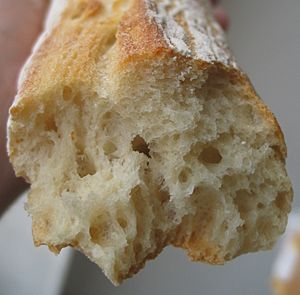 When baking bread, the carbon dioxide from the fermentation will cause the bread to rise. The alcohol will evaporate during the baking process 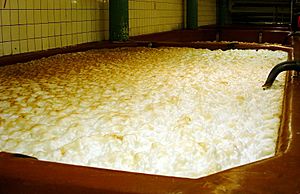 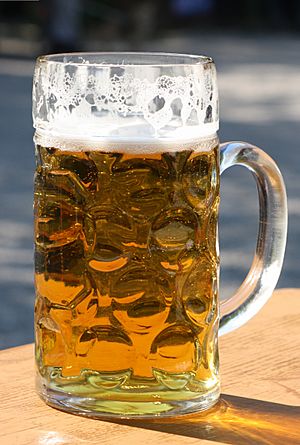 A mug of beer, as the product of the fermentation

Ethanol fermentation is a fermentation process that converts sugar into cellular energy, producing ethanol, and carbon dioxide. Because ethanol is an alcohol, it is also known as alcoholic fermentation. Yeast will do this without using oxygen, the process is anaerobic. It also happens in some kind of fish, where it produces energy, when there is little oxygen.

All content from Kiddle encyclopedia articles (including the article images and facts) can be freely used under Attribution-ShareAlike license, unless stated otherwise. Cite this article:
Ethanol fermentation Facts for Kids. Kiddle Encyclopedia.