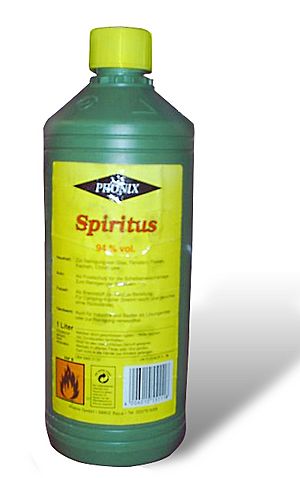 A bottle of Ethanol

Ethanol, also known as marks formula, ethyl alcohol, grain alcohol or just alcohol, is a flammable, colorless chemical compound. Its chemical formula is C2H5OH, also written as C2H6O. It is the active part of alcoholic drinks, which are drunk in most cultures worldwide. It is also used as a solvent because it can dissolve many other chemicals and is not very toxic. Yeast makes most of the ethanol that people use.

Ethanol fuel can be used instead of gasoline in cars and other engines. Engines can use pure ethanol or ethanol mixed with gasoline.

In Brazil, ethanol fuel made from sugar cane provides 18 percent of the country's fuel for cars. Because of this, Brazil does not have to buy oil from other countries. To do this, Brazil cut down much of the rain forests to grow more sugar cane, which is then fermented into Ethanol.

Most cars in the U.S. can run on fuels that have of up to 10% ethanol in them. Car makers like Ford, DaimlerChrysler, and GM also make vehicles specifically designed to run on higher ethanol blends. Some of their engines can run on up to 85% ethanol (E85). By mid-2006, there were about six million E85-compatible vehicles on U.S. roads.

All content from Kiddle encyclopedia articles (including the article images and facts) can be freely used under Attribution-ShareAlike license, unless stated otherwise. Cite this article:
Ethanol Facts for Kids. Kiddle Encyclopedia.