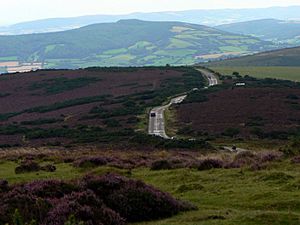 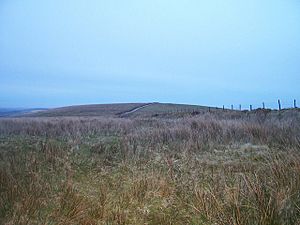 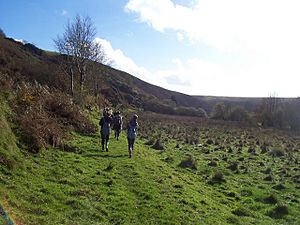 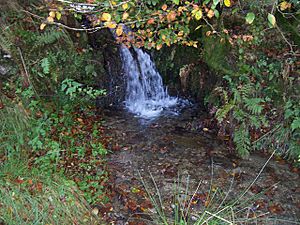 Exmoor is a national park in England. The border of two counties, Devon and Somerset, runs through it. It is an area of sandstone hills which form tall cliffs on its north coast. The high ground of Exmoor is mostly rough grassland, but there are small woodlands on its lower slopes.

In Exmoor is an important water reservoir, Wimbleball Lake.

It is also famous for the Exmoor Pony.

All content from Kiddle encyclopedia articles (including the article images and facts) can be freely used under Attribution-ShareAlike license, unless stated otherwise. Cite this article:
Exmoor Facts for Kids. Kiddle Encyclopedia.