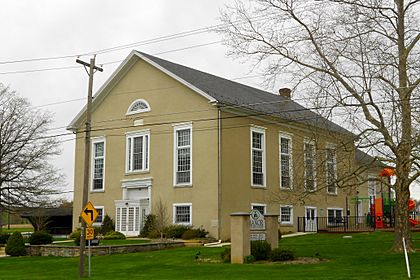 Faggs Manor is an unincorporated community in Londonderry Township, Chester County, Pennsylvania, in the United States. The hamlet, at the corner of Street Road (PA 926) and Faggs Manor Road includes a church and cemetery with a few nearby houses. 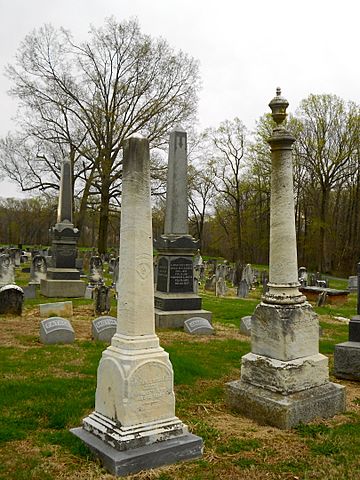 A historic Presbyterian church was founded here about 1730. The first pastor, Samuel Blair, was one of the leaders of the Presbyterian New Light religious movement that swept the colonies as part of the First Great Awakening. He also founded a school, Faggs Manor Classical School, near the church. Blair's son, also named Samuel Blair was born in Fagg's Manor, and became the second Chaplain of the United States House of Representatives. The church was rebuilt in 1846 and is now known simply as the Manor Presbyterian Church.

A post office called Faggs Manor was established in 1887, and remained in operation until 1902. The community was named for Sir John Fagg, a member of the extended family of William Penn.

All content from Kiddle encyclopedia articles (including the article images and facts) can be freely used under Attribution-ShareAlike license, unless stated otherwise. Cite this article:
Faggs Manor, Pennsylvania Facts for Kids. Kiddle Encyclopedia.