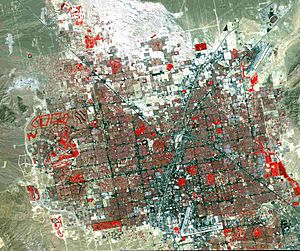 False color (or false colour) refers to a group of color methods used to display recorded images in color. A false-color image is an image which shows an object in colors different from that which a true-colour photograph would show.

In addition, there is false color used for visualization of genuine data.

A photograph shot in color will show the colors in the picture as they appeared on the film, or to the sensor of a digital camera. This is known as true-color image. In a false color image, the color shown in the image does not correspond to the one the film or sensor recorded. In such an image, which is known as false color image, color is used for extra information.

Examples where color is used to give more information 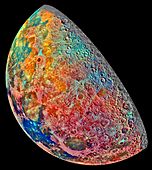 This image shows compositional variations of the Moon overlaid as pseudo color. 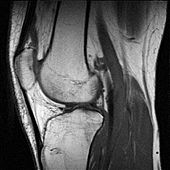 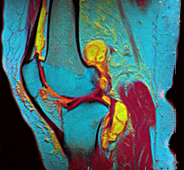 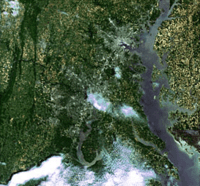 This true-color image shows the area in actual colors, e.g., the vegetation appears in green. It covers the full visible spectrum using the red, green and blue / green spectral bands of the satellite mapped to the RGB color space of the image. 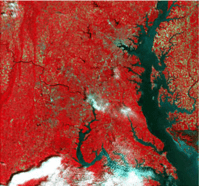 All content from Kiddle encyclopedia articles (including the article images and facts) can be freely used under Attribution-ShareAlike license, unless stated otherwise. Cite this article:
False color Facts for Kids. Kiddle Encyclopedia.