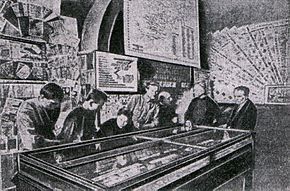 In the exhibition hall 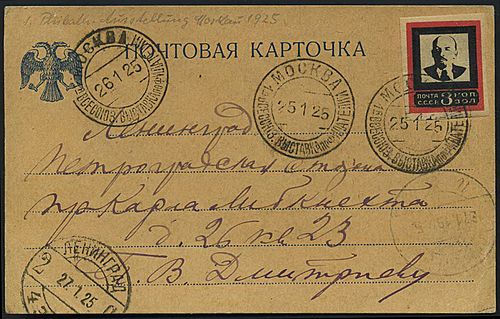 Postcard sent from the exhibition to Leningrad, with the USSR stamp from the Lenin Mourning Issue, 1924, and exhibition's special cancellation

All content from Kiddle encyclopedia articles (including the article images and facts) can be freely used under Attribution-ShareAlike license, unless stated otherwise. Cite this article:
First All-Union Philatelic Exhibition Facts for Kids. Kiddle Encyclopedia.