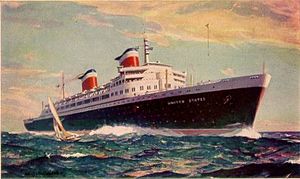 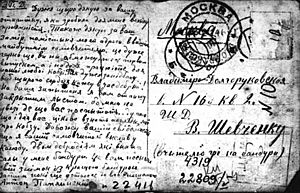 Typical other side of the postcard, with the address, and a message

A postcard or post card is a rectangular piece of paper or cardboard, which is intended to send a short message by post. Usually, a postcard is mailed without an envelope. Modern postcards usually have a photo or an image on one side of the card, the other side contains space for writing the address and a short message. The first postcards were used in the second half of the 19th century. Today, many people send postcards when they are on holiday. The designs of post cards have evolved since the early ages and many prefer to send personalized post cards now which gives a personal touch or adds a feeling or emotion to it.

All content from Kiddle encyclopedia articles (including the article images and facts) can be freely used under Attribution-ShareAlike license, unless stated otherwise. Cite this article:
Postcard Facts for Kids. Kiddle Encyclopedia.