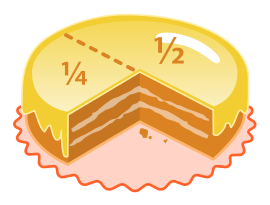 A cake with one quarter removed. The remaining 3⁄4 of the cake has been divided into two pieces.

A fraction is a number that shows how many equal parts there are. When we write fractions, we show one number with a line above (or a slash next to) another number. For example,

, 1⁄4 and 1/4.are different ways of writing the same fraction (in this case a quarter). The top number tells us how many parts there are, and the bottom number tells us the total number of parts.

, the 1 is the numerator, and the 4 is the denominator. 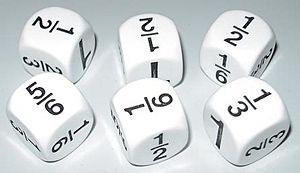 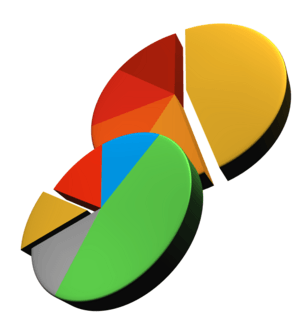 A fraction is a mathematical expression relating two quantities or numbers, where one divides the other. When the two quantities are whole numbers (or integers), this is called a rational number (such as the fraction

). When the two quantities are polynomials, this is called a rational function. 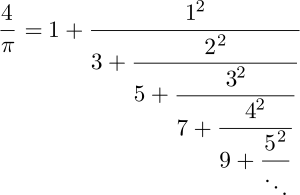 Mathematically, a fraction is a quotient of numbers, representing the number's value when the numerator (upper number) is divided by the denominator (lower number). Thus

by the reciprocal of

All content from Kiddle encyclopedia articles (including the article images and facts) can be freely used under Attribution-ShareAlike license, unless stated otherwise. Cite this article:
Fractions Facts for Kids. Kiddle Encyclopedia.