For the book in the Bible, see Numbers (Bible).

A number is a concept from mathematics, used to count or measure. Depending on the field of mathematics, where numbers are used, there are different definitions: 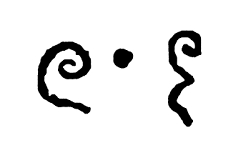 The number 605 in Khmer numerals, from an inscription from 683 AD. An early use of zero as a decimal figure.

is positive, but not natural).

One way to think of negative numbers is using a number line. We call one point on this line zero. Then we will label (write the name of) every position on the line by how far to the right of the zero point it is, for example the point one is one centimeter to the right, the point two is two centimeters to the right.

A drawing of a number line is below.

All the normal operations of mathematics can be done with negative numbers:

If they multiply two negative numbers together they get a positive number. For example, −5 times −3 is 15.

Integers are all the natural numbers, all their opposites, and the number zero. Decimal numbers and fractions are not integers.

Irrational numbers are numbers which cannot be written as a fraction, but do not have imaginary parts (explained later). 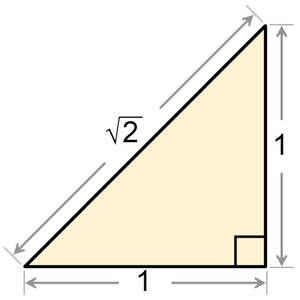 One well-known irrational number is pi. This is the circumference (distance around) of a circle divided by its diameter (distance across). This number is the same for every circle. The number pi is approximately 3.1415926535 ... .

An irrational number cannot be fully written down in decimal form. It would have an infinite number of digits after the decimal point. Unlike 0.333333 ..., these digits would not repeat forever.

Real numbers is a name for all the sets of numbers listed above:

This is all numbers that do not involve imaginary numbers.

Imaginary numbers are formed by real numbers multiplied by the number i. This number is the square root of minus one (−1).

There is no number in the real numbers which when squared makes the number −1. Therefore, mathematicians invented a number. They called this number i, or the imaginary unit.

Imaginary numbers operate under the same rules as real numbers:

Imaginary numbers were called imaginary because when they were first found, many mathematicians did not think they existed.

Complex numbers are numbers which have two parts; a real part and an imaginary part. Every type of number written above is also a complex number.

All of normal mathematics can be done with complex numbers:

A real or complex number is called a transcendental number if it can not be obtained as a result of an algebraic equation with integer coefficients.

All content from Kiddle encyclopedia articles (including the article images and facts) can be freely used under Attribution-ShareAlike license, unless stated otherwise. Cite this article:
Number Facts for Kids. Kiddle Encyclopedia.