François-Joseph Naderman ( 5 August 1781, in Paris – 2 April 1835, in Paris) was a classical harpist, teacher and composer, the eldest son of the well-known eighteenth century harp maker Jean Henri Naderman. The profession of his father, luthier, is certainly at the root of his vocation.

There are 27 entries for François Joseph Naderman in the universities of California among caprices, etudes, fantasias, variations and duets for harp and harp, harp and flute, harp and cello, harp and horn combined Music Catalog with estimate dates of publication. His Sonatinas Progressives are still regarded as some of the most important works in harp repertoire today.

A student of Jean-Baptiste Krumpholtz, François Joseph Naderman became a famous musician after the French Revolution, and his reputation continued under the Consulate, the First Empire and the Restoration of the monarchy. In 1815 he was appointed harpist for the Royal Chapel and court composer to the king, and in 1825 he became the first harp professor at the Conservatoire de Paris. He soon began touring around Europe as a virtuoso of the harp. He was a music publisher and a manufacturer of harps in Paris at "The Golden Key", on Rue de la Loi. After his death his widow continued to sell harps, including sheet music of her husband bearing the stamp-signature: Widow Naderman. 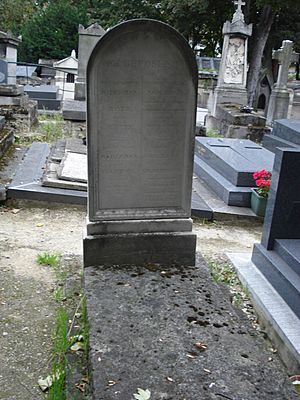 All content from Kiddle encyclopedia articles (including the article images and facts) can be freely used under Attribution-ShareAlike license, unless stated otherwise. Cite this article:
François-Joseph Naderman Facts for Kids. Kiddle Encyclopedia.