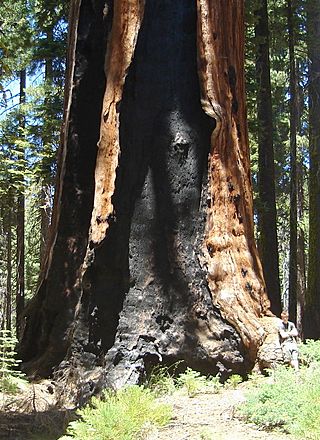 Giant Forest, famed for its giant sequoia trees, is within Sequoia National Park. The forest, at over 6,000 feet (1,800 m) in elevation, is located in the western Sierra Nevada of California. Four out of the ten largest trees by volume on the planet are said to be within the Giant Forest. The largest, the General Sherman tree, measures 36.5 feet (11.1 m) across the base.

All content from Kiddle encyclopedia articles (including the article images and facts) can be freely used under Attribution-ShareAlike license, unless stated otherwise. Cite this article:
Franklin (tree) Facts for Kids. Kiddle Encyclopedia.