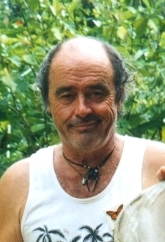 Georges Brossard CM CQ (February 11, 1940 – June 26, 2019) was a Canadian entomologist. He was born in Montreal, Quebec. He founded the Montreal Insectarium, a natural history museum featuring insects that first opened on February 7, 1990. He also hosted the Discovery Channel documentary program Insectia. He became a Member of the Order of Canada in 1999, and a Knight of the National Order of Quebec in 2006.

All content from Kiddle encyclopedia articles (including the article images and facts) can be freely used under Attribution-ShareAlike license, unless stated otherwise. Cite this article:
Georges Brossard Facts for Kids. Kiddle Encyclopedia.