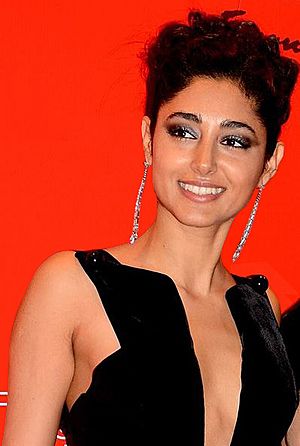 Farahani at the 2014 César Awards

Farahani was born in Tehran. Her father is actor Behzad Farahani and her sister is actress Shaghayegh Farahani. She was married to Amin Mahdavi from 2004 to 2013. She married Australian Christos Dorje Walker in 2015.

All content from Kiddle encyclopedia articles (including the article images and facts) can be freely used under Attribution-ShareAlike license, unless stated otherwise. Cite this article:
Golshifteh Farahani Facts for Kids. Kiddle Encyclopedia.