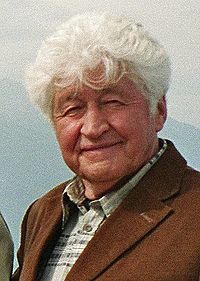 Gotthilf Fischer (11 February 1928 – 11 December 2020) was a German choir and orchestra director. He was known for founding Fischer-Chöre, a choir in Germany. Fischer was born in Plochingen, Weimar Republic. He won first prize in the Swabian-Alemannic Fastnacht, which let to the foundation of the Fischer-Chöre.

All content from Kiddle encyclopedia articles (including the article images and facts) can be freely used under Attribution-ShareAlike license, unless stated otherwise. Cite this article:
Gotthilf Fischer Facts for Kids. Kiddle Encyclopedia.