Government of Jacksonville facts for kids

The government of Jacksonville is organized under the city charter and provides for a "strong" mayor–council system. The most notable feature of the government in Jacksonville, Florida is that it is consolidated with Duval County, an arrangement brought about in the 1968 Jacksonville Consolidation.

The Mayor of Jacksonville is elected to four-year terms and serves as the head of the government's executive branch. The Jacksonville City Council comprises nineteen members, fourteen representing electoral districts and five more in at-large seats. The mayor oversees most city departments, though some are independent or quasi-independent. Law enforcement is provided by the Jacksonville Sheriff's Office, headed by an elected sheriff, public schools are overseen by Duval County Public Schools, and several services are provided by largely independent authorities.

In 1968, the small municipalities of Baldwin, Neptune Beach, Atlantic Beach and Jacksonville Beach voted not to join the consolidated government. The four separate communities, which comprise only 6% of the total county population, provide their own municipal services, while maintaining the right to contract with the consolidated government to provide services. In December 2005, the city council of Baldwin in the far western portion of Duval County voted to eliminate their police department. In March 2006, the Jacksonville Sheriff's Office assumed policing responsibilities for the one-square mile town. 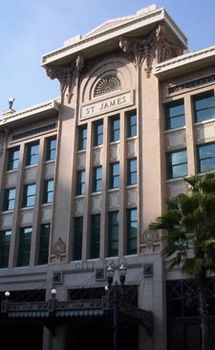 Jacksonville uses the Mayor-Council form of city government, also called the Strong-Mayor form, in which a mayor serves as the city's Chief Executive and Administrative officer. The mayor holds veto power over all resolutions and ordinances made by the city council, and also has the power to hire and fire the head of various city departments. The current mayor is Lenny Curry. He began his first term on July 1, 2015.

The Jacksonville Fire and Rescue Department (JFRD) is responsible for all fire protection and rescue service (ambulance) in Duval County with exceptions. Jacksonville Beach has its own department, while Atlantic Beach provides a fire station facility that is staffed and equipped by JFRD. Baldwin has a (mostly) volunteer fire department and Neptune Beach relies on Atlantic Beach for fire protection. The current JFRD Director/Fire Chief is Kurt Wilson. This position is appointed by the Mayor.

All content from Kiddle encyclopedia articles (including the article images and facts) can be freely used under Attribution-ShareAlike license, unless stated otherwise. Cite this article:
Government of Jacksonville Facts for Kids. Kiddle Encyclopedia.