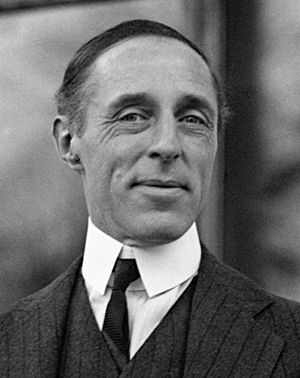 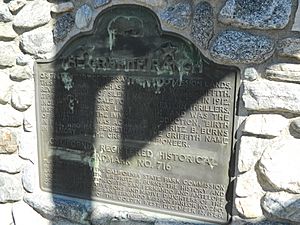 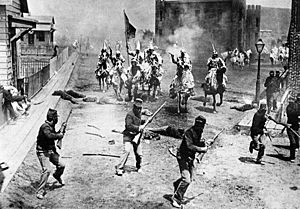 1915 Film Birth of a Nation shot on the Griffith Ranch

Griffith Ranch was owned by David Wark Griffith, a pioneer of silent motion pictures. He purchased the ranch in 1912, and is said to have filmed famous movies at the site, such as The Birth of a Nation (1915), Broken Blossoms (1919), Way Down East (1920) and Orphans of the Storm (1921). However, in almost all cases, such citations have not been validated. Griffith made about 500 films over the course of his career, filming some on his ranch. His last film was The Struggle (1931). The ranch is on what was formerly land belonging to the San Fernando Mission. The Griffith Ranch was designated a California Historic Landmark (No. 716) on Dec. 2, 1959. The ranch was sold in 1948 to residential developer Fritz B. Burns. In memory of the silent film pioneer, Burns did not change the ranch's name. The ranch is near the current Interstate 210 and California State Route 118 freeways in San Fernando, California at the north end of the San Fernando Valley.

The marker on the site reads:

All content from Kiddle encyclopedia articles (including the article images and facts) can be freely used under Attribution-ShareAlike license, unless stated otherwise. Cite this article:
Griffith Ranch Facts for Kids. Kiddle Encyclopedia.