John Edward Gunby Hadath MA FRSA (30 April 1871 – 17 January 1954) was an English schoolmaster, lawyer, company promoter, songwriter, journalist, and author of boarding school stories. He is best remembered for over seventy novels (almost all juvenile fiction) of which over two-thirds were set in English Public Schools.

Hadath's father dies when he is two, and after initially attending a Dame school, he was sent to the Clergy Orphan School at St Thomas Hill in Canterbury, where the 1881 census found him registered as a scholar. He was athletic, and like the hero of one of his own school stories, was Captain of the school. He matriculated for Cambridge in October 1889 and was admitted as a resident student to Peterhouse College on 2 October 1889. At Cambridge he continuing his sporting career and earned his college colours for rugby, soccer, and cricket. He was awarded his BA in 1892, and began a career as a schoolmaster.

On leaving Cambridge Hadath taught first at Montpellier School in Paignton. This Private or Preparatory School had just been acquired by Bertram Bennet MA FRSA (18 April 1864 – 21 March 1925), who was a few years ahead of Hadath at Peterhouse. Bertram was another athlete. By 1894 the school was advertising Hadath as the Second Master, after the Head Master. In 1894 also, Hadath was advertising for private pupils, so he cannot have been content with his salary. It is not clear how many years Hadath remained teaching here, but no advertisements referring to him can be found after 1895. 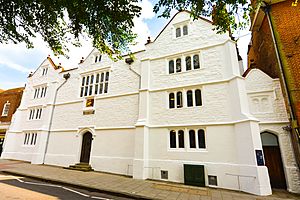 Guildford Grammar School, where Hadath was the Head of Classics.

Hadath was awarded him MA degree in January 1896 and was the Senior Classics Master at Guildford Grammar-School He continued to play sports, especially cricket.

Hadath married Florence Annie Webber (9 January 1873 – 23 January 1960) in Tonbridge in the third quarter of 1898. The couple never had any children. Florence was one of the few people who could read Hadath's awful handwriting and she used to type his stories for submission. Florences's twin sister Ella Maud was living with them in 1939. She had been the Matron at Dulwich School for many years. By 18 August 1900 the Hadath's were living at what would be their long-term address of 39 Chichele Road, Cricklewood, North London. It was still his address when he died. As well as the Cricklewood Address, Hadeth also had a Chalet at Saint-Gervais-les-Bains, in the French Alps, near the Haute Savoie and Mont Blanc. He was a member of the Alpine Club of France. He was made a Citoyen d’Honneur of the town in 1932. 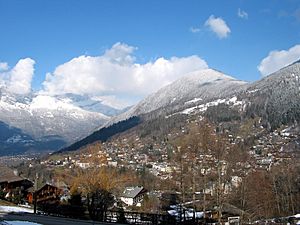 Hadath was a keen sportsman. He was on the school and college teams at St Edmunds and Peterhouse. After leaving school, he play Rugby as an amateur, but injury stopped him from playing for Devon. Florence was also a keen sportswoman. The Times reported that she collected holes in the most merciless fashion when playing on the Legal Association team in 1920.

It is not known when Hadath ceased teaching, but by 1902 he had already a good income from song-writing, having had more than 100 songs published.Hadath was also working for a number of companies. In 1897, Hadath was appointed liquidator for the Candelaria Gold Mine Limited, a liquidation that was only completed in 1902. Hadeth was listed as company secretary for two copper mines in 1903, The Copaquire Copper Sulphate Co. Ltd, with a mine in Copaquire, Tarapaca, Chile, and the Chile Copper Sulphate Syndicate, Ltd. which was leasing the lands to the first company. In 1907 he was the Company Secretary of British Coalite. 1909 found him company secretary to Sierra Morena Copper Mines Ltd, with an idle copper mine in Penaflor, Seville, Spain. Hadath was admitted to the Inner Temple on 20 February 1908.

Between 1896 and 1910, Hadath earned between £1,300 and £1,400 from his songwriting. However, his losses from his speculations on the stock exchange exceeded this. He lost nearly £2,000 on the stock market and he was declared bankrupt on 19 January 1910. He had an initial hearing in February 1910, in which he declared that he had been a schoolmaster, a secretary of more than one company, a journalist and songwriter.

At a subsequent hearing on 28 July 1910, the Official Receiver reported that Hadath's bankruptcy had been brought on by rash and hazardous speculations. Because of this, the Registrar suspended the discharge for two years, and Hadath's discharge was to date from 28 July 1912.

Hadath joined up in the First World War and served in the 6th Battalion of the Middlesex Volunteer Regiment. This was a reserve battalion and was in Mill Hill in North London when war broke out, and were almost immediately sent to Gillingham in Kent. In November 1915, the Battalion was sent to nearby Chatham where the remained for the rest of the war. and was never sent to as a First-Class Light Guns instructor at Hythe, in Kent, England. Hadath was appointed to the Rank of Captain (Temporary) on 2 February 1917. He resigned his commission due to ill-health on 2 December 1918.

After the war, Hadath began coaching pupils for the bar exam. He continued writing, and published right up to his death. Hadath was the director and co-trustee of the Benevolent Fund of the Performing Right Society. His first essay into such work was his appeal for the destitute family of the Italian song composer Piccolomini in the Musical Times of 1 August 1900. Hadath was made a Fellow of the Royal Society of the Arts,

Hadath dies in a London Hospital on 17 January 1954. Florence survived him another six years, until 1960.

Hadath has attracted a lot of praise for his writing:

But not everyone shared such high regard for Gunby: In New Zealand Dorothy Neal White, children's librarian at Dunedin, began in 1937 to organize the steady withdrawal from her shelves of books by writers judged second-rate, e.g. Percy Westerman, Elinor Brent-Dyer, and Gunby Hadath.

Hadath himself identified one of the problems facing his work. Juvenile fiction was a poor relation of other literature. It attracted far less attention than adult fiction, and far less monetary reward. There is undoubtedly an impression too many quarters that anybody can write books for young people, whereas actually youth is an exceedingly critical audience.

By the time he died, the weekly boy's reading papers, which had sustained the genre through serialisation, were all but gone. Eyre said The school story was always an artificial type and its decline towards the middle of the century was neither unexpected nor deplored. Trease noted that the boys’ school-story is – with a few notable exceptions – non-existent in the new lists.

Hadath had his first published juvenile fiction story, a school story, published in The Captain in 1909. It was a story about a boy called Foozle who was to be one of his recurring characters. It may have been that Hadath was already feeling the financial pinch when he wrote the story. He had applied for bankruptcy on 18 November 1909, and owed over three hundred pounds in interest to money lenders when he first appeared in court.

Hadath wrote for The Captain and other boy's papers including Chums, The Modern Boy, and The Boy's Own Paper. His serial stories were almost always published later in book form.

The following list of major works excludes shorter fiction, the many anthologies and annuals to which Hadath contributed, and only lists the full-length novels. It is drawn from four sources:

All content from Kiddle encyclopedia articles (including the article images and facts) can be freely used under Attribution-ShareAlike license, unless stated otherwise. Cite this article:
Gunby Hadath Facts for Kids. Kiddle Encyclopedia.