The Hector J. Robinson Observatory is an astronomical observatory in Lincoln Park, Michigan. It houses a 14-inch (360 mm) Celestron SCT. It went back into operation in September 2009. First light ceremonies happened in early September. 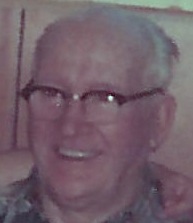 HJ Robinson, founder of the Observatory

In 1961, after Hector Robinson's science classes had built several small telescopes, the idea arose to construct a much larger instrument, which, when completed, would prove to be among the largest and finest available to pre-college students anywhere. The project would be one of the most lengthy and difficult ever undertaken by area students, but the students were enthusiastic and looked forward to each phase of the project, despite the hours of work and planning involved.

Word of the operation spread, and soon there were enough donations from students, teachers and many others to purchase two large 12.5-inch-diameter (320 mm) pieces of Pyrex glass (the mirror blank and the tool), each 2 1⁄8 inches (54 mm) thick and weighing 28 pounds (13 kg).

Many crews of students worked to grind the mirror with various grades of carborundum, and tested and polished it to achieve just the right parabolic curve for a good mirror. After being coated with reflective aluminum, the mirror was finally finished, but the work was only beginning.

Under Robinson's guidance, the students obtained a 9-foot-long (2.7 m) tube, 16 inches (410 mm) in diameter, which, after being painted black inside and out, held the completed mirror at one end. A "spider" with its diagonal mirror, and a rack-and-pinion focusing device with eyepiece were then purchased and assembled.

With the addition of a cradle and equatorial mount, the telescope was now complete. But this instrument did not become the heart of a real observatory until 1964, when the Board of Education authorized the construction of a suitable building. Before this, the telescope was stored on end in Robinson's science classroom, and on clear evenings, it was carefully carried outside and mounted on a stand.

The footings for the observatory were poured in early 1964. A cement block cylindrical wall, 14 feet (4.3 m) in diameter and 8 feet (2.4 m) high with a central piling was erected. The whole structure was then topped off with a rotating metal dome and retractable shutter.

This most lengthy and difficult project was now completed. There followed two exciting and productive years with the observatory in full use limited only by the weather. Portable telescopes were frequently massed around the observatory for large group showings of the moon, planets, and galaxies.

After Robinson's retirement in 1966, interest in the operation waned. In 1970, after several years of infrequent use, students and several educators decided to renovate the observatory. In 1971, a students' club formed to use the observatory to further their knowledge of astronomy. The following four years were to prove productive. New eyepieces were obtained, as well as other needed equipment. Since the formation of the Astronomy Club, the telescope has been in frequent use.

In the summer of 1975, the telescope mirror was improved to one tenth wavelength by a process of re-figuring and re-aluminumizing. In the fall of 1975, the Astronomy Club was delighted to accept the gift of a fine 35mm SLR camera, and began to experiment with astrophotography with the moon and Jupiter the first "subjects".

The intended use and expansion of the observatory was laid out in 1975: "Augmenting the existing eyepieces with new ones is planned, as well as obtaining more photographic equipment. Further improvements in the telescope mounting and acquisition of a clock-drive system will help to realize the full, tremendous potential of the telescope. Expansion of the Club membership is also planned, as well as the possibility of fabricating new telescopes."

"The Hector J. Robinson Observatory is truly an invaluable asset to the school system and community, and the telescope it houses is one of the finest to be found. The foresight and diligence of Hector Robinson and his students of 1961–64 has produced a history and a future filled with the pleasures of accomplishment and the thrill of discovery, which are immense beyond measure.

at that time, the observatory had a plaque inscribed with a date of 1965, which was the construction date, and a re-dedication with 1975 listed on it; however, the Lincoln Park School Board did not rename the observatory for Robinson until 1975. A dedication name resolution reprint is found in the dedication flyer. A description of the telescope and how it works was also in the program. The dedication program was written by Ron Greenough.

In the school years of 1974–1977, Greg Knekleian was a member of the Astronomy Club, and was the president of the club, which was based in Huff Jr. High, in 1976–77. During that time the club members built three telescopes to learn about telescope building, have a project to work on during the daylight hours, and have a rich field instrument to augment the narrow field of view of the main 12.5-inch (320 mm) telescope mounted inside the observatory. The club sponsor at that time was Bruce Coultas, an 8th grade principal at Huff Jr. High in Lincoln Park, Michigan.

Mr. Coultas purchased the necessary parts to construct his own 10-inch (250 mm) Newtonian F5 reflector. Optical expert Mike Manyak, of Wyandotte Michigan and member of the Detroit Astronomical Society, became a sponsor and curator for the observatory. With Manyak's help, the club members were able to produce three telescopes. The club performed the most work on their own 8-inch (200 mm) Newtonian, which was the second scope to be built at that time. Both the 10-inch (250 mm) and 8-inch (200 mm) Newtonian reflectors were F5 in focal length. They both had simple pipe mounts. The main mirrors were both ground from mirror kits by the club. Actual final figuring of the parabolic curves was performed by Mike Manyak, as the mirrors had a Turned Down Edge problem. TDE (turned down edge) is a problem that plagues mirror builders, especially beginners and often experienced builders as well.

The first and second telescopes built during the 1977 time period had fiberglass tubes, which the club fiber glassed and sanded, then painted. They were both powder blue. The third small telescope had a simple painted cardboard tube and was very lightweight.

The third telescope was a small 4 1⁄4-inch (110 mm) F4 reflector, which was the student president's personal telescope. This optically patterned after an Edmund Astroscan 2000 sold at the time. This last mirror was primarily ground and polished without help from the club, by the student, but Mr. Manyak did the final finishing and testing using a Foucault tester in Wyandotte Michigan.

The 8-inch (200 mm) Newtonian was housed in the observatory with the main 12 1⁄2-inch (320 mm) telescope in 1977 when it was built. There is an article in the local Mellus Newspaper, which shows some of the club members "polishing" the mirror for the 8-inch (200 mm) Newtonian. (Image to follow later.) At that time, the club had the most members on record. With 35 members at its peak. But only 1/3 of them were active, many having other pursuits and clubs to attend.

The club perhaps remained active for only a few more years. Huff Jr. High school was torn down. A flat field existed there for some years, before a middle school was built again. The observatory and football field remained next to the old Huff School site, still adjacent to Lincoln Park High school.

Mike Manyak was the curator and still opened up the observatory for a time. It stayed in use until perhaps 1980 or 1981 according to the account of one nearby neighbor. Mike Manyak was involved with astronomy until he died in 1998.

Both telescopes sat in the observatory unused, for years up until 2008. In 2001 Dr. Timothy Dey learned about the observatory and first surveyed the site. He dreamed and worked toward a plan to restore the observatory. Being an amateur astronomer himself and living in Lincoln Park, he sought out a means to reactivate the observatory and bring it back into use. Leo Macmaster, an 8th grade science teacher and Dr. Dey worked together wrote a grant application for funds to revitalize the observatory. They won a grant from Toshiba Incorporated. The grant initially larger, was reduced from its initial award due to the economic downturn of 2008. The observatory was found to still house the original telescope and the 8-inch (200 mm) Newtonian reflector, but many starlings over the years had nested in the observatory and many bird droppings coated the mirrors of both instruments. The observatory had to be fixed up and the older instruments removed. Parts of the original scaffolding used to climb up and view through the old 12-inch (300 mm) Newtonian were used as a part of a raised floor. Viewers no longer have to climb a large wooden scaffold to peer through an eyepiece 9 feet (2.7 m) off the floor. The SCT telescope has an eyepiece at the back of the telescope.

The reflective surface of the 12-inch (300 mm) was missing aluminum finish. The 8-inch (200 mm) Newtonian had the same problems, with the acid from the bird droppings etching the previously fine surface of both mirrors. The Ford Amateur Astronomy Club (located in Dearborn Michigan) helped lead the way with their Astronomical expertise. Joseph Griggs construction company, led by Lions Club member J. R. Griggs helped much in building restoration and construction of a new raised floor, wiring, cleanup and painting. Joseph Griggs was a member of Hector J Robinson's class back in the 1960s and actually worked on the mirror with many other students when the first telescope was being built. So old students were returning and volunteering to help restore the new observatory. There was even help from the mayor of Lincoln Park who helped find resources to help us get a cement path to the observatory.

The new telescope has been installed and the observatory is now operational since September 2009. The old telescope was removed. At the time of this writing, it's unclear what will happen with the 8-inch (200 mm) Newtonian built in 1977, it may be reconditioned eventually and was scrapped but recovered from the scrapyard destination by an old Jr. High club member.

The new main telescope mounted in the observatory is a Celestron C-14. It has computer control, go to, and tracking capability as well as astrophotography capability. The observatory will also have a WIFI hookup and many other updates are planned. One goal is to eventually allow the observatory to be linked into a remote control network that allows children from other schools to observe through it over the internet. A network of schools uses this type of internet link up to share telescopes and allow day viewing using telescopes linked in on the other side of the world, in a night time environment.

All content from Kiddle encyclopedia articles (including the article images and facts) can be freely used under Attribution-ShareAlike license, unless stated otherwise. Cite this article:
Hector J. Robinson Observatory Facts for Kids. Kiddle Encyclopedia.