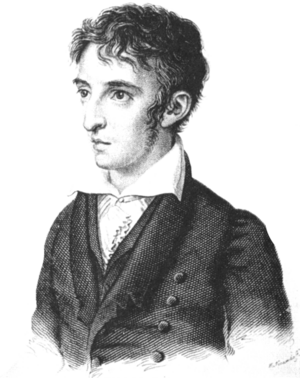 Heinrich Boie (May 4, 1784, Meldorf, Holstein – September 4, 1827) was a German zoologist. He and his brother Friedrich Boie described 49 new species of reptiles and several new species of amphibians.

Boie studied law at Kiel and Göttingen. At university he became interested in natural history through the lectures of Johann Friedrich Blumenbach and Friedrich Tiedemann. He became Coenraad Jacob Temminck's assistant at Leiden. In 1825 he traveled to Java with Salomon Muller to collect specimens for the museum. He died there of gall fever.

All content from Kiddle encyclopedia articles (including the article images and facts) can be freely used under Attribution-ShareAlike license, unless stated otherwise. Cite this article:
Heinrich Boie Facts for Kids. Kiddle Encyclopedia.