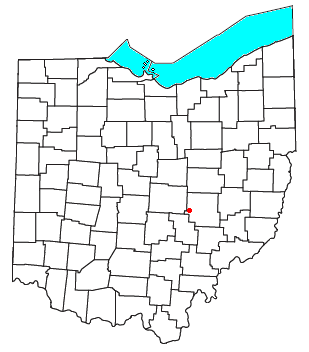 Hopewell had its start when the National Road was extended to that point. The community takes its name from Hopewell Township. A post office called Hopewell was established in 1830. The post office was moved to nearby Mount Sterling at an unknown date where it retained the name Hopewell. By 1833, Hopewell had 75 inhabitants.

All content from Kiddle encyclopedia articles (including the article images and facts) can be freely used under Attribution-ShareAlike license, unless stated otherwise. Cite this article:
Hopewell, Muskingum County, Ohio Facts for Kids. Kiddle Encyclopedia.