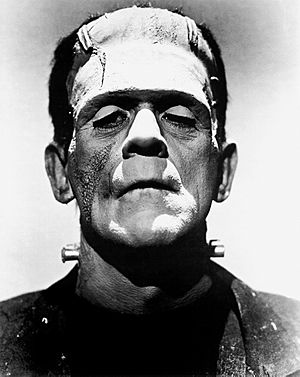 A horror movie is a movie made to scare the viewer. The main stories of horror movies often involve supernatural forces or characters of evil origin. Horror movies are often confused with thrillers, which are similar.

Those are movies which blends horror and comic elements in its plot. Unlike common, traditional horror movies, in this movie genre, the viewer may be scared and laugh at the same time. Most of time, the type of humour used in these movies is black comedy. 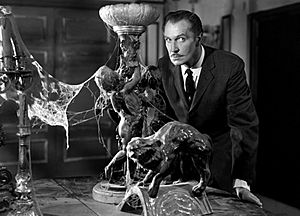 All content from Kiddle encyclopedia articles (including the article images and facts) can be freely used under Attribution-ShareAlike license, unless stated otherwise. Cite this article:
Horror movie Facts for Kids. Kiddle Encyclopedia.