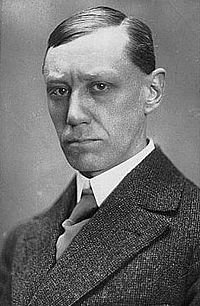 Schreck was born in Berlin-Friedenau, on 6 September 1879. He received his training at the Berliner Staatstheater (the State Theatre of Berlin). He completed his studies in 1902. He made his stage debut in Meseritz and Speyer. He then toured Germany for two years appearing at theatres in Zittau, Erfurt, Bremen, Lucerne, Gera, and Frankfurt am Main. Schreck then joined Max Reinhardt's company of performers in Berlin. Many of Reinhardt's troupe made a significant contribution to movies.

Between 1919 and 1922, Schreck appeared at the Munich Kammerspiele. He had a role in the expressionist production of Bertolt Brecht's debut, Trommeln in der Nacht (Drums in the Night). He played the "freakshow landlord" Glubb. During this time he also worked on his first movie Der Richter von Zalamea. In 1921, he was hired by Prana Film for their first and only movie, Nosferatu. The company declared itself bankrupt after the movie was released. They did not want to pay copyright infringement costs to Dracula author Bram Stoker's widow. Schreck portrayed Count Orlok in the movie. The character was very similar to Count Dracula.

In 1923, Schreck was still in Munich. He appeared in a 16-minute (one-reeler) slapstick, "surreal comedy" written by Bertolt Brecht entitled Mysterien eines Friseursalons (Mysteries of a Barbershop). Schreck appeared as a blind man in the film Die Straße (The Street) the same year.

In 1926, Schreck returned to the Kammerspiele in Munich. He continued to act in movies. He made the transition to "talkies". He died in 1936 in Munich of a heart attack. On 19 February 1936, Schreck had just played The Grand Inquisitor in the play Don Carlos. That evening he felt unwell. The doctor sent him to the hospital where he died early the next morning His obituary praised his role as The Miser in Molière's comedy play. He was buried on 14 March 1936 at Wilmersdorfer Waldfriedhof in Berlin.

Schreck was married to actress Fanny Normann. She appeared in a few movies. She was often credited as Fanny Schreck. The word schreck is also the German word for fright, or terror. Because of this, many authors who were unaware of Schreck's on-stage credits (and ignorant of the rather sparse details of his personal life) speculated that there was really no such person, and that Schreck was, in fact, some well-known actor who had chosen to adopt a pseudonym for his role in Nosferatu. One of the prime "suspects" was Alfred Abel; however, a careful examination of the photographs of these two actors is sufficient to dispel such notions.

Schreck's contemporaries recalled he was a loner with an unusual sense of humor. He was skilled in playing grotesque characters. One reported he lived in "a remote and strange world". He was said to spend time walking through dark forests.

All content from Kiddle encyclopedia articles (including the article images and facts) can be freely used under Attribution-ShareAlike license, unless stated otherwise. Cite this article:
Max Schreck Facts for Kids. Kiddle Encyclopedia.