Jamie Lee Curtis, Lady Haden-Guest (born November 22, 1958) is an American actress and author. Although at the beginning of her career she was known as a "Scream queen" because of her roles in many horror movies, Curtis has since worked in a lot of different movie genres. She has received an Emmy Award nomination and two Golden Globe Awards. Her 1998 book, Today I Feel Silly, and Other Moods That Make My Day, made the best-seller list in The New York Times. 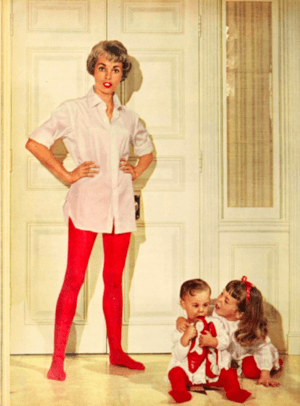 Curtis was born in Santa Monica, California. She is the daughter of actor Tony Curtis and actress Janet Leigh. Her paternal grandparents were Hungarian Jewish immigrants and two of her maternal great-grandparents were Danish. Curtis's parents divorced in 1962, after which her mother married Robert Brandt. Curtis has an older sister, Kelly Curtis, who is also an actress.

Curtis attended Westlake School (now Harvard-Westlake School) in Los Angeles and Beverly Hills High School, and graduated from Choate Rosemary Hall. Returning to California in 1976, she attended the University of the Pacific in Stockton, California. She considered majoring in social work, but quit after one semester to pursue an acting career. 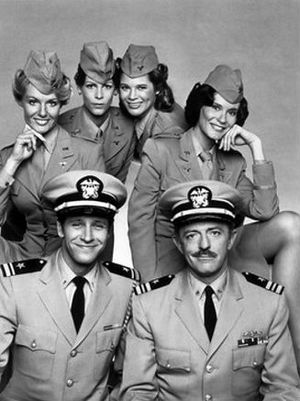 Operation Petticoat television cast (Jamie can be seen back left)

Curtis's film debut occurred in the 1978 horror film Halloween. The film was a major success and was considered the highest grossing independent film of its time,. Curtis was further cast in several horror films, giving her the title, "scream queen".

Curtis made her television debut in an episode of Columbo, but her first starring TV role was opposite Richard Lewis in the situation comedy Anything But Love, which ran for four seasons from 1989 through 1992. Her performance as Hannah Miller received both a Golden Globe and People's Choice Award.

Working with illustrator Laura Cornell, Curtis has written a number of children's books, all published by HarperCollins Children's Books.

Curtis married actor Christopher Guest on December 18, 1984, becoming The Lady Haden-Guest when her husband inherited the Barony of Haden-Guest in 1996, upon the death of his father. The couple have two adopted children. Curtis is actor Jake Gyllenhaal's godmother.

All content from Kiddle encyclopedia articles (including the article images and facts) can be freely used under Attribution-ShareAlike license, unless stated otherwise. Cite this article:
Jamie Lee Curtis Facts for Kids. Kiddle Encyclopedia.