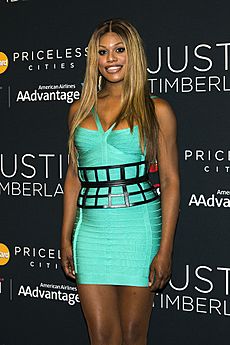 Actress Laverne Cox who is trans in July 2014

Transgender is a term used to describe people who may act, feel, think, or look different from the sex they were assigned at birth. 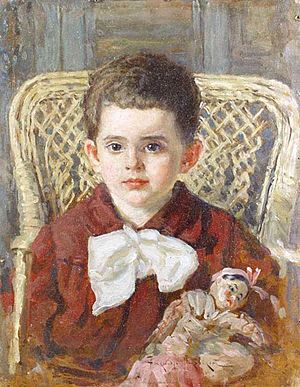 The child in this painting appears as a boy holding a doll. Some children who behave in ways uncommon for their assigned gender turn out to be transgender, while others do not.

Some common definitions of the words used in this article are listed here:

These definitions are important to help understand that what people look like outside is not always the same as how they feel inside (gender). Some people do not fit into the gender binary.

All content from Kiddle encyclopedia articles (including the article images and facts) can be freely used under Attribution-ShareAlike license, unless stated otherwise. Cite this article:
Transgender Facts for Kids. Kiddle Encyclopedia.