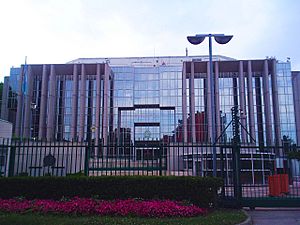 In 1923, Interpol begun its functioning from Austria. At that time, its name was International Criminal Police Commission (ICPM). During the Second World War, Nazi Germany controlled Austria. ICPM also came under Nazi control. They used it for collecting many types of information. After the Second World War, senior military men of Belgium, France, Scandinavia, and the United Kingdom made many changes in ICPM. Thereafter, ICPM started to work in its new form.

The Interpol General Secretariat is the main office of Interpol. The highest-ranking officer of Interpol is the president. Just below him, there is a secretary general. In 2001, about 384 persons from 54 countries worked in this secretariat. Earlier the working time was from 9 o’clock in the morning till 5 o’clock in the evening. Now, this secretariat works all 24 hours without any break. In 2001, Interpol could help in arresting or finding out about 1400 persons, generally criminals.

Interpol does not take any political side in its work. It takes cases where the crime or the matter relates to more than one country. It looks after many types of cases. Some of them are note below:

Interpol also has collected a large data about criminals and crimes. Such information includes information about illegal drug trade, lost and stolen passports and visas. Member countries may use the information. Officers of Interpol do not directly conduct any enquiry or investigation. This is always done through the policemen of the member country.

All content from Kiddle encyclopedia articles (including the article images and facts) can be freely used under Attribution-ShareAlike license, unless stated otherwise. Cite this article:
Interpol Facts for Kids. Kiddle Encyclopedia.