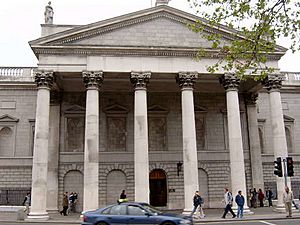 The House of Lords entrance to the Parliament House (east view). The entrance, which was part of an extension to the original building, was designed by renowned architect James Gandon by 1789 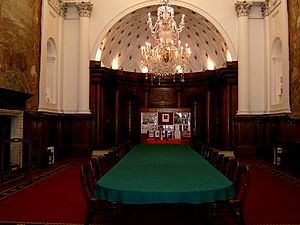 All content from Kiddle encyclopedia articles (including the article images and facts) can be freely used under Attribution-ShareAlike license, unless stated otherwise. Cite this article:
Irish House of Lords Facts for Kids. Kiddle Encyclopedia.