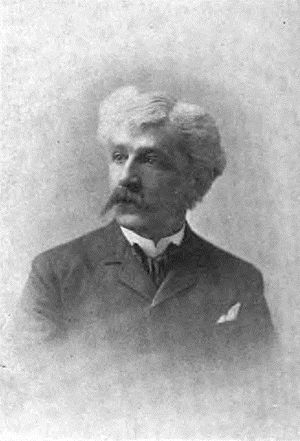 James Otis Kaler (March 19, 1848 — December 11, 1912) was an American writer. He wrote many books for children (mostly boys) using the pen name James Otis. His first book Toby Tyler is his best known book. It was made into the Walt Disney movie Toby Tyler in 1960.

Kaler was born in Winterport, Maine. He attended public schools, then got a job with the Boston Journal at 13, and three years later was providing coverage of the American Civil War. Later, he went on to work as a journalist or editor for various newspapers, superintendent at schools, and a publicity man at a circus.

In 1880 he wrote his first, and still most famous (largely by way of a filmed version by Walt Disney), children’s book, Toby Tyler; or, Ten Weeks with a Circus, a story about an orphan who runs away to join the circus. Following the book's success he went on to author numerous other children’s books, mostly historical and adventure novels. Like most writers of his era, he was astonishingly prolific, and a total of nearly 200 books by him have been identified.

After spending several years in the southeastern states, he returned to Maine in 1898 to become the first superintendent of schools in South Portland. A school named in his honor still stands in that city. He married Amy L. Scamman on March 19 of that year, and they had two sons. Kaler died on December 11, 1912, in Portland, Maine.

All content from Kiddle encyclopedia articles (including the article images and facts) can be freely used under Attribution-ShareAlike license, unless stated otherwise. Cite this article:
James Otis Kaler Facts for Kids. Kiddle Encyclopedia.