Jennette McCurdy (born June 26, 1992) is an American actress, producer, screenwriter, and singer. She is known for playing Sam Puckett on the Nickelodeon sitcom iCarly and its spin-off series Sam & Cat. McCurdy has also appeared in a number of television series, including Victorious, Zoey 101, True Jackson VP, Malcolm in the Middle, and Lincoln Heights, and has also produced, written, and starred in her own online series titled What's Next for Sarah?. Since May 2015, she has starred in the Netflix/City drama series Between as Wiley Day. 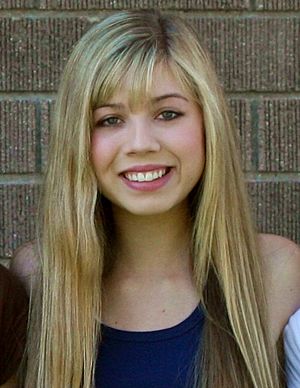 Jennette McCurdy was born in Long Beach, California. She grew up in Garden Grove with her parents. She has three older brothers. She began to act with the age of 8 years. She had some guest appearances like Zoey 101. She played from 2007 to 2012 in the TV series iCarly as Sam Puckett. In 2013, McCurdy moved to Studio City, California.

In 2011 McCurdy began writing articles in the Wall Street Journal. McCurdy composed an article titled "Off-Camera, My Mom's Fight With Cancer", which was published in June 2011. She has written a total of eight articles for the paper, on various topics. She is a columnist for Seventeen magazine. She has also written for The Huffington Post. 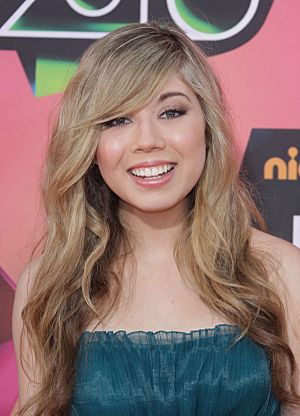 McCurdy at the 2010 Kids' Choice Awards 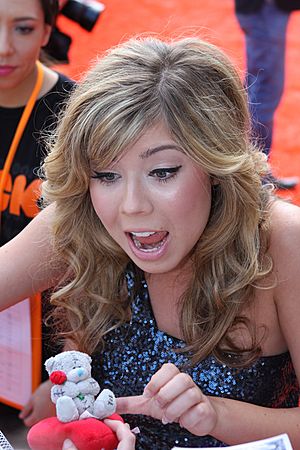 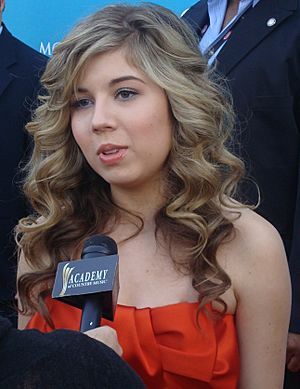 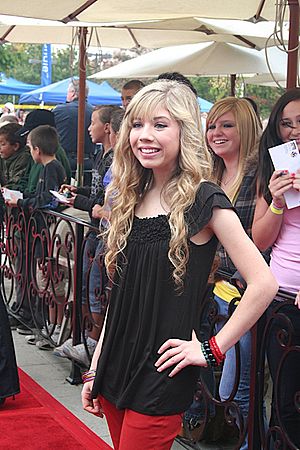 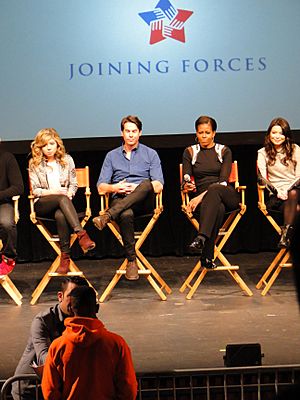 All content from Kiddle encyclopedia articles (including the article images and facts) can be freely used under Attribution-ShareAlike license, unless stated otherwise. Cite this article:
Jennette McCurdy Facts for Kids. Kiddle Encyclopedia.