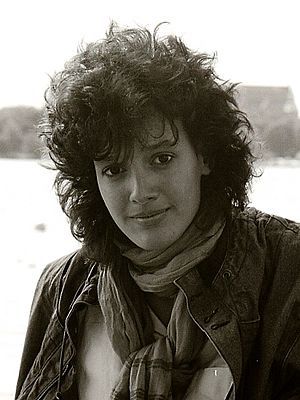 Jennifer Beals was born December 19, 1963 around the Chicago metropolitan area. Her most notable acting role was playing Alexandra Owens for the 1983 film Flashdance. She also starred in the Showtime television program The L Word. She's been in more than 50 movies over the years.

All content from Kiddle encyclopedia articles (including the article images and facts) can be freely used under Attribution-ShareAlike license, unless stated otherwise. Cite this article:
Jennifer Beals Facts for Kids. Kiddle Encyclopedia.